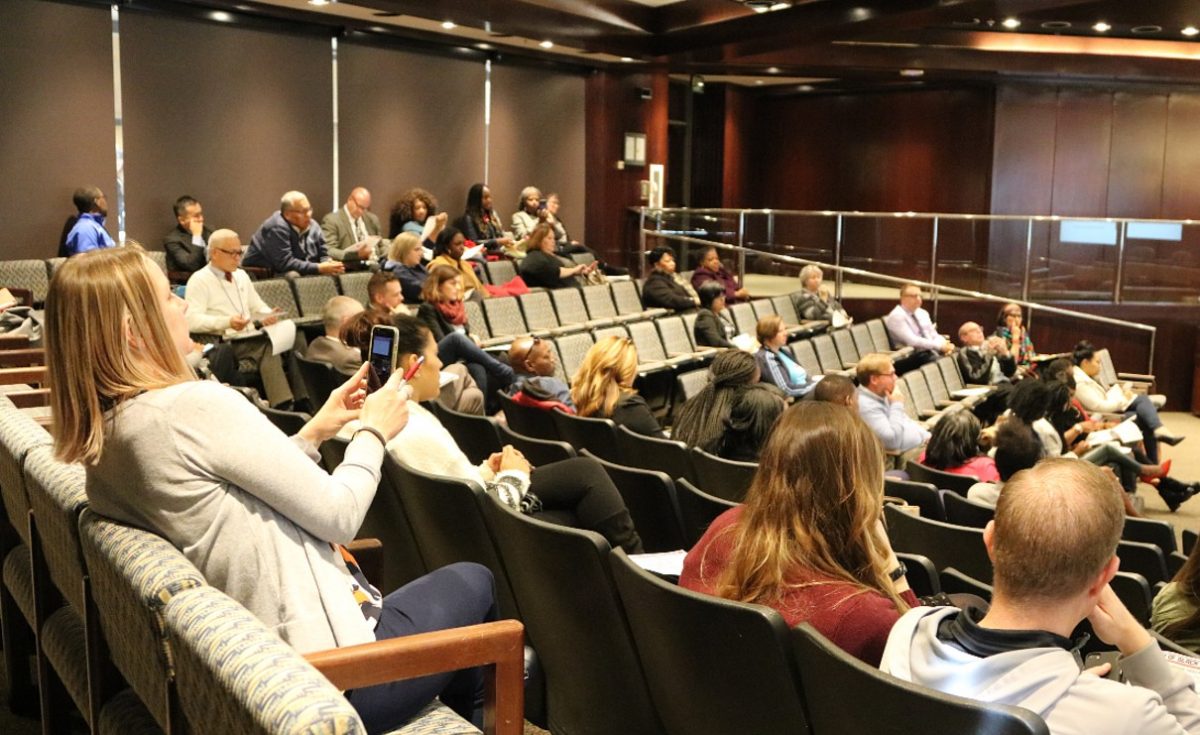 At a special film screening of “Pushout: The Criminalization of Black Girls in School,” educators and superintendents from school districts across Utah explored the intergenerational and systemic barriers that has led to a pattern of black girls being pushed out of school.

Black girls are often mischaracterized because of their appearance, dress, or speech that funnels them out of safe learning environments and into a nationally recognized epidemic called the school-to-prison pipeline. The film noted that black girls are one of the fastest growing groups in the juvenile justice system and are more likely to face harsher discipline in schools across the country. The #UtahForBlackGirls Coalition, consisting of juvenile justice, education, health, and equity allies, organized this targeted event at the Salt Lake County Government Center to bring these statistics and trends with a Utah perspective. Educators were able to learn more about the rising movement to challenge policies, practices, and cultural illiteracy to create inclusive and thriving schools for all.

After the film, Dr. Kathleen Christy of Salt Lake City School District and a member of the coalition,  compared data on Utah’s black girls’ discipline in schools to national averages to make the conversation more relevant. She expressed the need for more timely and accurate collection of data separated by race and gender that could be used for restorative tactics.

Aishatu Yusuf, a consultant to the film and Ogden-native, moderated an open discussion. Mrs. Yusuf openly shared her experience in Utah’s education system as a black girl and woman and emphasized that implicit bias was a contributor in her feeling “otherized.” Pushing back on the common argument that small numbers are insignificant, she strongly stated, “[s]ome of the greatest vulnerabilities occur when the numbers are small. The neglect of a student is a form of violence.”

For many, this event emphasized how black girls are devalued based on how others perceive them and promoted restorative over exclusionary practices. To join the #UtahForBlackGirls Coalition to keep black girls in school, please email the co-chairs, Michelle Love-Day or Nikki Walker.

Thank you to the coalition partners for making this possible:

Statistics on the Criminalization of Black Girls in Utah and the Nation, #UtahforBlackGirls Coalition

Request a Screening: Pushout: The Criminalization of Black Girls in School, Official Website