BUILDING EQUITY & INCLUSION THROUGH THE POWER  OF LANGUAGE

Transform institutions, communities, and individuals through ensuring that our language is culturally aware and justice-centered.

The way we talk to and refer to one another has a powerful effect on how we treat those around us and therefore contributes to a community’s wellbeing. The following resources highlight ways in which you can avoid marginalization, misrepresentation, and the perpetuation of stereotypes by committing to inclusive language that acknowledges diversity, honors identities, and conveys respect to all people.

We invite you to use this glossary as a tool to develop a stronger understanding and vocabulary in building inclusive and equity-led spaces.

Ableism: Practices and dominant attitudes in society that assume there is an ideal body and mind that is better than all others.

Ageism: A system of beliefs, attitudes, and actions that stereotype and discriminate against individuals or groups on the basis of their age.

Ally: Someone who supports a group other than their own (in terms of racial identity, gender, faith identity, sexual orientation, etc.). Allies acknowledge the disadvantages and oppression of other groups; take risks and action on behalf of others; and invest in strengthening their own knowledge and awareness of oppression.

Affinity groups: A group of people who choose to meet to explore a shared identity such as race, gender, age, religion, and sexual orientation. These groups can be further broken down into smaller groups within the two major affinities (e.g., African American men/women, bi/multi-racial, etc.).

Amplification: A technique an ally can use to boost the message of a member of a less dominant group is by repeating what that person said and giving them credit for it. For example, “Sofia said to try this tactic. Give that a try and let her know how it works.”

American With Disabilites Act: The Americans with Disabilities Act (ADA) is a U.S. civil rights law that prohibits discrimination against individuals with disabilities in all areas of public life, including jobs, schools, transportation, and all places that are open to the general public.

BIPOC: An acronym that stands for Black, Indigenous, and People of Color communities.

Critical Consciousness: Learning to perceive social, political, and economic contradictions and to take actions against the oppressive elements of reality

Critical Race Theory: Recognizes that racism is ingrained in the fabric and system of the American society. The individual racist need not exist to note that institutional racism is pervasive in the dominant culture. CRT identifies that these power structures are based on white privilege and white supremacy, which perpetuates the marginalization of people of color. CRT also rejects the traditions of liberalism and meritocracy. Legal discourse says that the law is neutral and color blind, however, CRT challenges this legal “truth” by examining liberalism and meritocracy as a vehicle for self-interest, power, and privilege.

Community Agreements: A set of rules issued by an organization outlining the acceptable and unacceptable behavior of a community or conference. Visit the Society for Scholarly Publishing for tips on how to support inclusion through a community agreement, rather than a “code of conduct” to invite community members to participate openly and authentically in policies.

Code switching: The practice of mixing various languages and speech patterns in conversation –or more broadly, changing the way you express yourself culturally and linguistically based on different parts of your identity and the way they may be received in certain environments and audiences.

Culturally mindful: Cultural mindfulness can be understood as leading out on policy, action, and communication that relates respectfully with and benefits people of all cultures.

Diversity: The range of human interests, backgrounds, and experiences that can be engaged to achieve excellence, innovation, and healing across all sectors. This includes but is not limited to race, ethnicity, gender, gender identity, sexual orientation, age, social class, physical ability or attributes, religious or ethical values system, national origin, and political beliefs.

Dominant culture: The cultural beliefs, values, and traditions that are centered and dominant in society’s structures and practices. Dominant cultural practices are thought of as “normal” and, therefore, preferred and right. As a result, diverse ways of life are often devalued, marginalized, and associated with low cultural capital. Conversely, in a multicultural society, various cultures are celebrated and respected equally.

Equal Employment Opportunity: (EEO) Title VII of the U.S. Civil Rights Act of 1964 that prohibits discrimination in any aspect of employment based on an individual’s race, color, religion, sex, or national origin.

Equity: The creation of opportunities for historically underserved populations to have access to resources and opportunities that are capable of closing the achievement gaps in all areas of society (Association of American Colleges and Universities, n.d.).

Gender identity: How an individual perceives and calls themselves that reflects their innermost and authentic gender, which may or may not correspond to sex assigned at birth.

Implicit bias: The attitudes or stereotypes that affect our understanding, actions, and decisions in an unconscious manner. These biases are activated involuntarily and without an individual’s awareness or intentional control.

Impostor syndrome: A phenomenon in which high-achieving individuals are unable to internalize their accomplishments and instead constantly fear being exposed as a “fraud.” Some research indicates that members of underrepresented groups are more likely to be affected by it than others.

Inclusion: Inclusion is based on action and welcoming differences. It is deliberately increasing equitable access to opportunities and resources so that all groups can fully contribute to a community’s success and feel valued. It also enables individuals and groups to feel safe, respected, engaged, and motivated for who they are and for their contributions toward the collective community.

Intersectionality: The interconnected nature of social categorizations such as race, class, and gender that can create overlapping and interdependent systems of discrimination or disadvantage. The term was coined by Kimberlé Crenshaw, lawyer and civil rights advocate, who used it to describe the experiences of black women – who experience both sexism and racism.

Latinx (pronounced “La-tin-ex”): A gender neutral term often used in lieu of the gendered “Latino” or “Latina” when referring to individuals with cultural ties to Latin America and individuals of Latin American descent.

Limited English Proficiency (LEP): “limited English proficiency refers to persons who do not speak English as their primary language and/or who have a limited ability to read, write, speak, or understand English language” King-Curry, 2017).

Model minority myth: The model minority myth was created as a social construct to define the Asian American experience during the 1960s. In reference to their race, Asian Americans became known as studious and economically successful. This harmful construct created a racial divide in an attempt to invalidate the experiences and struggles of other racial groups. The masked struggles neglect to highlight the diversity within Asian Americans and the unique issues within the varying ethnicities.

Microaggression: Psychologist Derald W. Sue of Columbia University defines this as “[t]he everyday slights, indignities, put downs and insults that people of color, women, LGBT populations or those who are marginalized, experience in their day-to-day interactions with people.”

Multicultural: Characterizing term for  racially, ethnic, culturally and linguistically diverse groups that includes acceptance of, respect for, and inclusion of others.  This  term reflects a society that supports diverse groups and individuals of all backgrounds to participate in social and civic relationships so that systematic exclusion or overt and extended oppression do not exist.  Inspired by the Understanding Multiculturalism through Principles of Social Justice article (Gingrich, 2005).

Nonbinary: Any gender identity that does not fit the male and female binary.

POC: An acronym standing for “person of color.” This term is used primarily in the United States to describe any person who is not white (although racism affects different groups differently).

Privilege: A right or advantage that only some people have access or availability to because of their social group membership. (Here’s an explanation of white privilege.)

Pronouns: Maybe you’ve seen a social media bio with a line that says “My pronouns are…” A preferred gender pronoun is a consciously chosen set of pronouns that allow a person to accurately represent their gender identity.

Racism: Racism is a teaching and mentality that does three things. First, it claims to find racial differences in things like character and intelligence. Second, racism asserts the superiority of one race over another or others. Finally, it seeks to maintain that dominance through a complex system of beliefs, behaviors, use of language and policies. Racism reflects and enforces a pervasive view, in white dominated U.S. culture that people of color are inferior to whites (Minnesota Education Equity Partnership).

Restorative Justice: A theory of justice that emphasizes repairing the harm caused by criminal behavior. It is best accomplished through cooperative processes that allow all willing stakeholders to meet, although other approaches are available when that is impossible. This can lead to transformation of people, relationships and communities (Minnesota Education Equity Partnership).

Racial Equity: As an outcome, racial equity is achieved, race no longer determines one’s socioeconomic outcomes; when everyone has what they need to thrive, no matter where they live. As a process, we racial equity applied,  those most impacted by structural racial inequity are meaningfully involved in the creation and implementation of the institutional policies and practices that impact their lives (Center for Social Inclusion, n.d.).

School-to-Prison Pipeline problem: The NAACP Legal Defense and Educational Fund expresses that the “funneling of students out of school and into the streets and the juvenile correction system perpetuates a cycle known as the ‘School-to-Prison-Pipeline,’ depriving children and youth of meaningful opportunities for education, future employment, and participation in our democracy.”

Sponsorship: An action that allies and those with privilege can take to advance the careers of members of marginalized groups. While mentors offer advice and support as needed, sponsors use their social capital and credibility to advocate for their protégés by promoting, protecting, and preparing them.

Structural Racism: A system in which public policies, institutional practices, cultural representations, and other norms work in various, often reinforcing ways to perpetuate racial group inequity. It identifies dimensions of our history and culture that have allowed privileges associated with “whiteness” and disadvantages associated with “color” to endure and adapt over time. Structural racism is not something that a few people or institutions choose to practice. Instead it has been a feature of the social, economic and political systems in which we all exist  (Minnesota Education Equity Partnership).

Systemic Barriers: Consists of patterns of behavior, policies or practices that are part of the social or administrative structures of an organization, and which create or perpetuate a position of relative disadvantage for marginalized persons. Inspired by the Racism in Organizations report (Griffith, 2007).

Systematically minoritized/marginalized: The institutional and system-based process where persons are intentionally removed, denied, and isolated from economic, sociopolitical, and cultural participation based on race, immigrant status, income, ability, or multi-generational living arrangements (Mai, 2016).

Tokenism: The practice of including one or a few members of an underrepresented group without their having authority or power equal to that of other members of their community. This places a burden on an individual to represent all others like them. (Example: When the lone person in an underrepresented group is consistently asked to speak about being a member of that group.)

Tone policing: Tone policing is a silencing tactic used in arguments or discussions that focuses on the emotion behind a message rather than the message itself. (for example, telling someone who is discussing an issue that makes them upset to “calm down” instead of responding to their concerns).

Underrepresented group: This term describes any subset of a population that holds a smaller percentage within a significant subgroup than it holds in the general population. Women and women of color are often an underrepresented group in science, technology, engineering, and mathematics, for example. 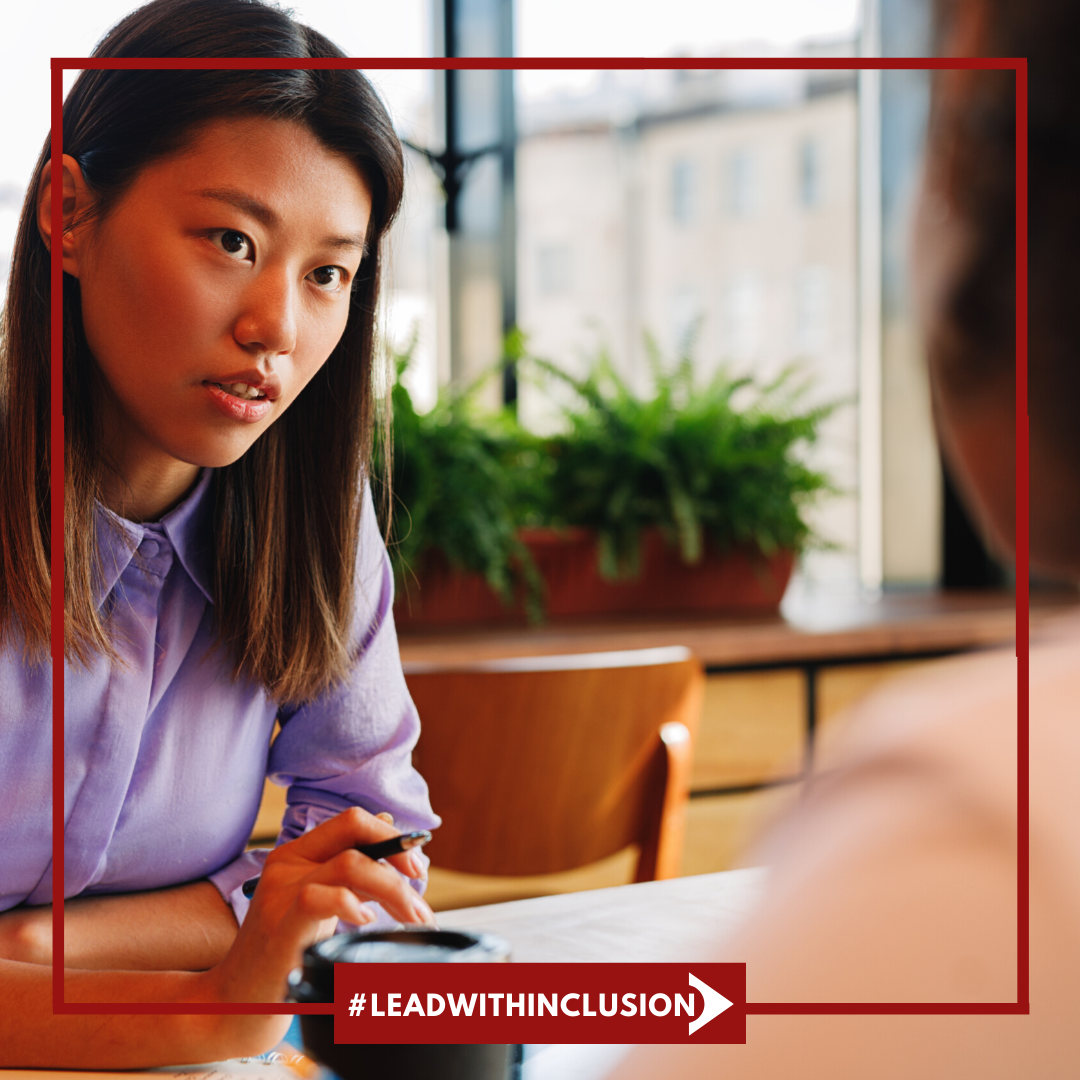 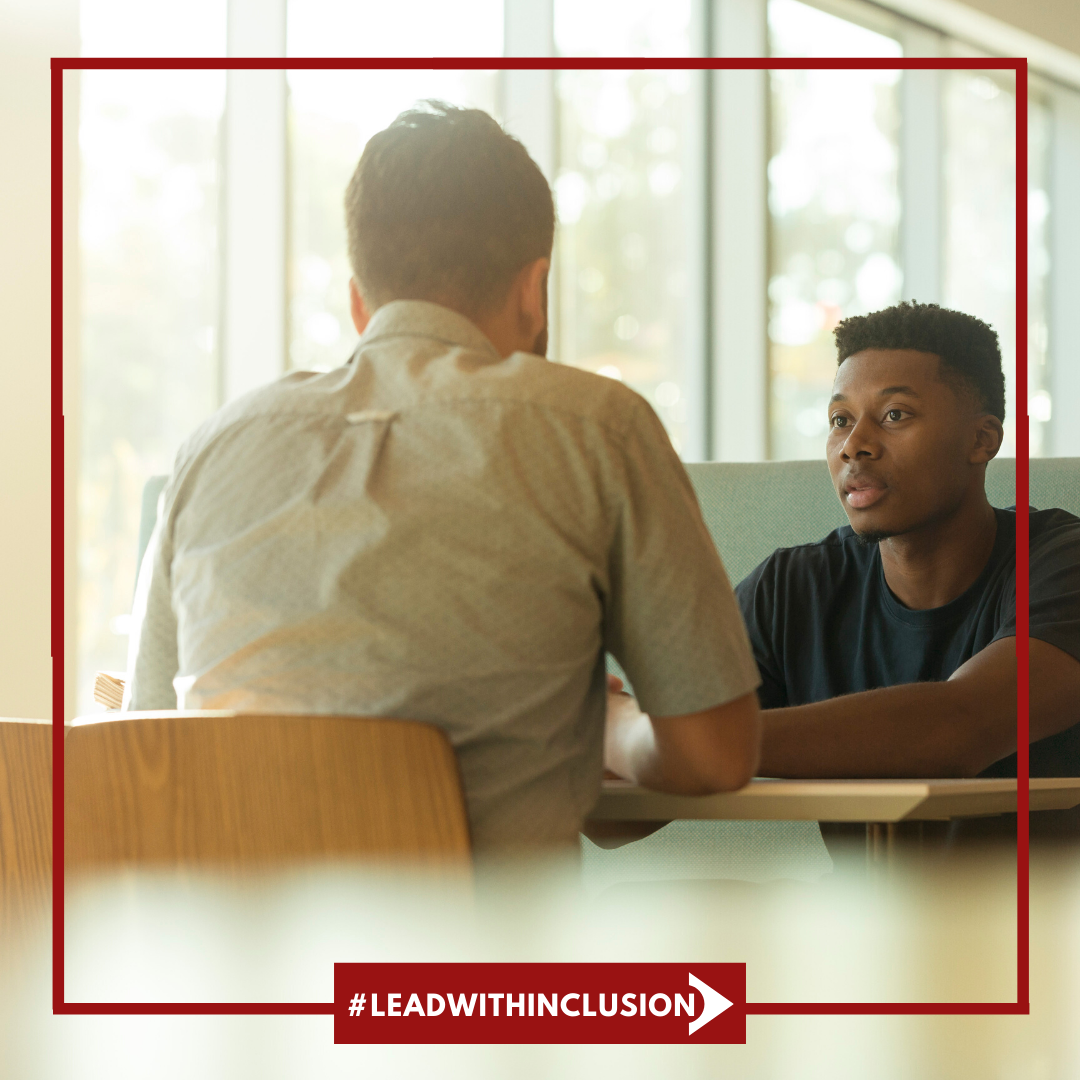 Less inclusive: Guys (or women) when referring to people overall

Less inclusive: Minorities (Not all marginalized groups are minorities, and a broader term is generally inclusive of more than race and gender)