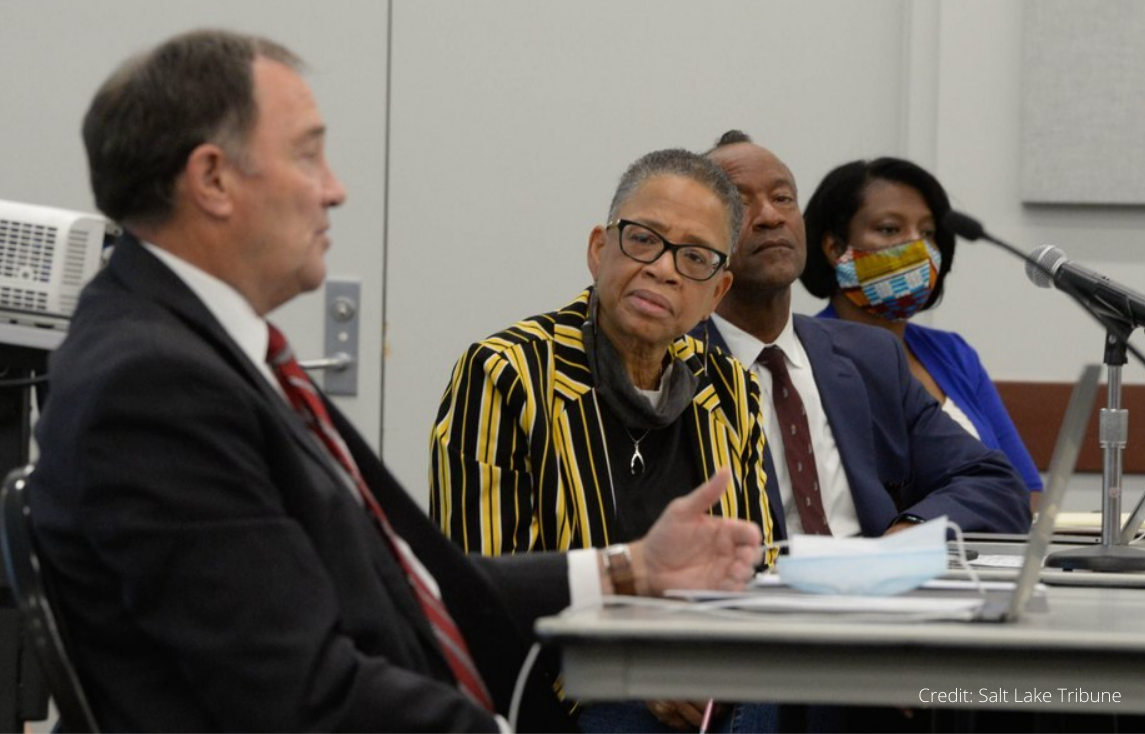 Governor Hebert then turned the time to Commissioner Anderson, and the Director, Kim Cordova, to speak on areas of improvement. Director Cordova discussed a 21-Day Racial Equity Challenge for government leaders followed by a 8-part training series facilitated by an international bias trainer and community experts. Commissioner Anderson then listed the 19 areas of reform that were identified during several meetings with advocacy groups and community members. Commissioner Anderson also mentioned that an implicit bias training has begun with state troopers. This training would enlist the help of university professors throughout Utah.

And the three school reform priorities are:

After a unanimous vote, each Commission agreed on these priorities as a starting point for future policies, which could become potential bills sponsored by our esteemed legislators.

The meeting then opened up to community members to speak on these areas of concern and improvement. Comments included educating the public on such topics as parent inclusion and defining commonly used terms. In addition, students from Weber State University and the University of Utah discussed inclusivity in higher education. They spoke about increasing funding for students of color and implementing Black Cultural Centers at all universities. Lastly, other community members voiced the importance of sustainable policies despite changes of leadership, ensuring accountability for the Utah State Board of Education, and measuring the success of these implementations.

While having this communal dialogue is necessary, the committee reiterated in their closing remarks, this must be a movement not a moment. Although these discussions are important in bringing about sustainable policies, action is required. Governor Herbert’s opening words resonated throughout the meeting and left a call to action, “If all we do is talk, we will fail.”